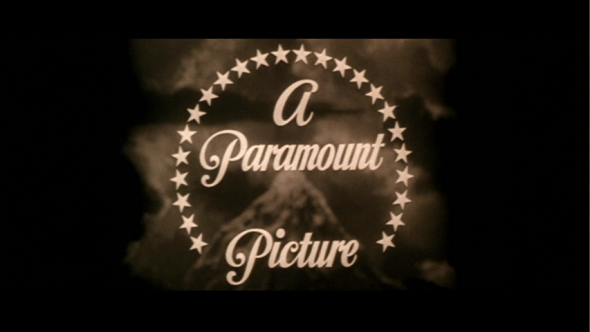 In case you didn't know it was a throw-back

The famous line from Chinatown comes when legendary director John Huston, in a sinister role, utters to Jake Gittes (Nicholson), “You may think you know what you’re dealing with, but believe me, you don’t.” (Aside: nowhere has this been better parodied than in Zoolander: “You think you’re too cool for school, but I’ve got a news flash for you, Walter Cronkite…You aren’t.”) That line is aptly quotable, because it really does summarize a lot of the film. One can watch Chinatown and miss how special it is. You may think it’s just an edgy neo-noir, but believe me, it’s more. 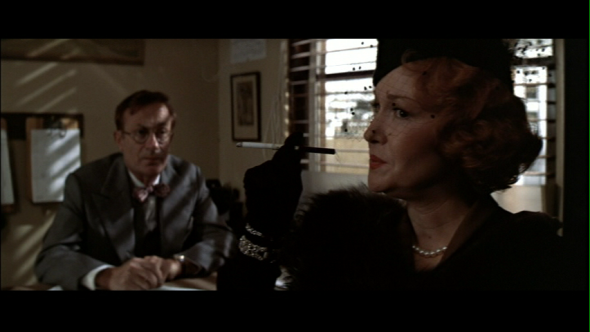 ...with the subsequent shot

Polanski photographed the film largely in POV shots. The number of over-the-shoulder perspectives we get (almost all over Nicholson’s shoulder) becomes nearly claustrophobic. This sort of effect connects Chinatown with the old detective noirs, such as Hawks’ The Big Sleep or Huston’s The Maltese Falcon. And while those films were ripping off of the likes of Raymond Chandler, Polanski shamelessly attributes his genre and style to film noir, even inserting the great Huston into the cast. That Huston represents an overwhelming and unstoppable evil to Gittes is also revealing, but this point has probably been done to death.

He thinks he nose what he's dealing with...

There seems to be more to the POV shots, however, than simply signifying our identification with Gittes (we discover parts of the mystery along with him) or a nod to the golden age of American cinema. On a number of occasions, the camera breaks rather violently from Gittes’ point-of-view and shows the viewer things to which Gittes is not (yet) privy. The early scene of Gittes telling a dirty joke while his future client stands listening behind him is an example. These are rare examples, and many of them aren’t particularly significant, but they stand out. 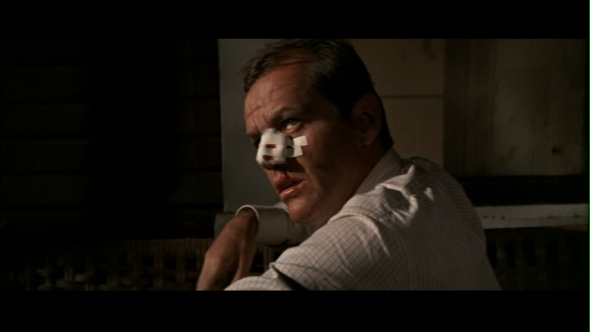 Not your Sam Spade

I’m not sure how to discuss Gittes’ relationship to Chinatown apart from the obvious, but the connection is still striking and powerful. Chinatown looms over Gittes as a cloud both reminding him of a past storm and promising another. A piece of Gittes’ past, Chinatown becomes an inseparable part of him that will inevitably return to sting him again. “Forget it, Jake. It’s Chinatown.” Is it too much to see a connection between Chinatown and the Asian gardener working at the Mulwray residence at the film’s beginning and end? Forming bookends, both scenes prove crucial to discovering the mystery of the murder Gittes is investigating. In the first scene, the gardener complains that the pond in the yard is “bad for glass, bad for glass.” The viewer disregards the man, as does Gittes, who is busy noticing an odd reflection in the pond (which happens to be glass). Before he can reach in, Mrs. Mulwray arrives. He forgets what he has scene until close to the film’s end, when he again encounters the gardener. Re-entering his earlier conversation, Gittes says to the gardener, “Bad for glass, yes,” as the gardener repeats him and says, “Saltwater bad for glass,” while holding a chunk of dead sod. For a film called Chinatown, it’s perhaps odd that only two (apparently) Chinese characters are featured: this gardener and his wife the maid. Gittes investigation is unavoidably tragic, though it could not have been solved without Chinatown. The ending would be more shocking to us were we watching it in 1974, after years of being inundated with classic noir form.

Not the way it should end

Older: A Sentence on The Exorcist
Newer: A Scanner Darkly