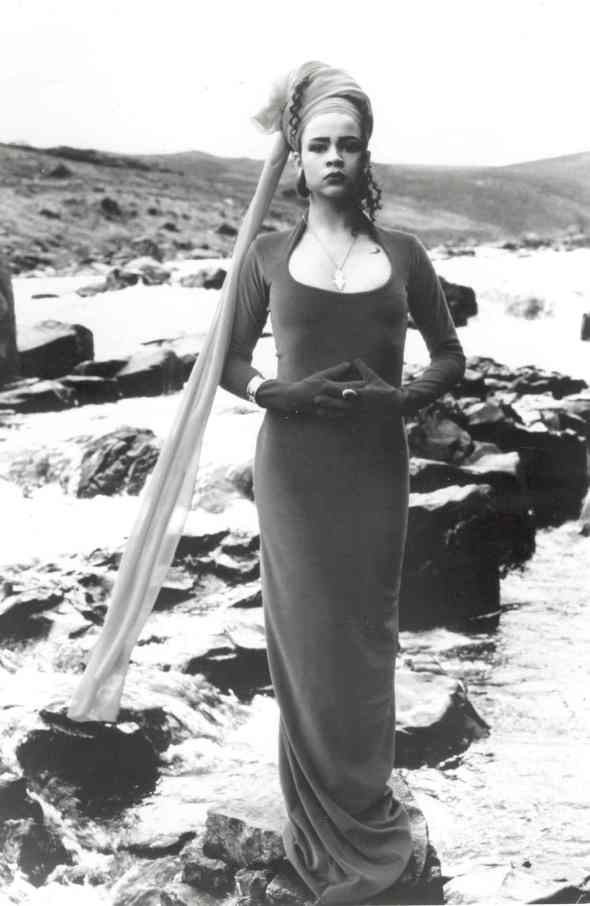 The question while viewing The Body Beautiful from Ngozi Onwurah was whether or not it’s a documentary. Certainly a difficult one to answer, the film is clearly more than a “biopic,” that troubled little genre so popular today. Some have argued that it’s a “memoir,” others a sort of “tribute” from Onwurah to her mother. Whatever else this film is, it’s a moving and at times uncomfortably personal communique between a daughter and her mother’s post-traumatic insecurities and pain after a radical mastectomy. The film is only about 20 minutes long and is intensely personal, allowing interior access to the deepest thoughts and feelings of its two main characters. Gender and cultural issues contribute further to the sense of very real, documented pains and discoveries of the two women. The film’s positioning might be its most interesting aspect. As a dialog between mother and daughter, with the subjects themselves narrating the reenacted scenarios, the film seems largely to be a gift from the daughter. It allows the mother an outlet to express inner turmoil, an opportunity to be loved in the face of her loss, and to see her daughter’s epiphany when she first her mother is first revealed to her as the woman she is. It’s a film by a woman and for a woman, also by women and for women. Nevertheless, its disturbing and intimate nature, juxtaposing while reuniting the daughter with the mother, is a most accessible universal.

01 Oct This entry was published on October 1, 2008 at 10:47 pm. It’s filed under 1990s Cinema, British Film and tagged cinema, documentary, ethnography, mastectomy, Ngozi Onwurah, The Body Beautiful. Bookmark the permalink. Follow any comments here with the RSS feed for this post.