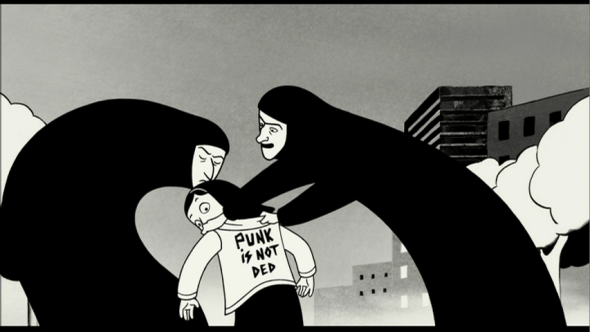 No doubt knowing Persepolis first as a graphic novel would help to guide one’s reading of the film. But since comics and films are different enough media to warrant independent analyses, the thoughts here recorded will not be considered incomplete. On top of that, the film has a couple of very solid legs to stand on by virtue of its strength as a film, whereas a weaker one could be more dependent on its source material. In a way, one is perhaps more qualified to judge the film on its own strengths this way. (I daresay it’s almost as advantageous as judging Daniel Radcliffe’s acting skill based on the play Equus without having seen the Harry Potter movies. [That was for you, Ailsa.]) 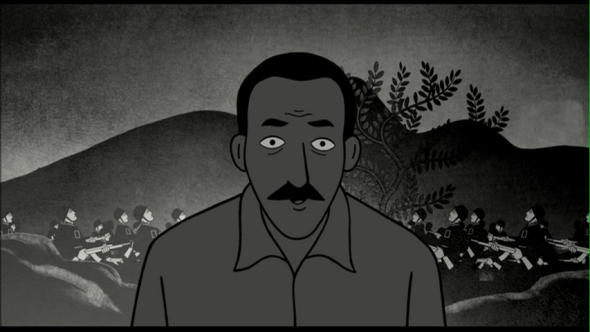 Father between the conflict as he narrates it

The narrative of Persepolis carries the protagonist, an Iranian girl, through the Islamic Revolution in Iran, and has her narrate the story as she leaves the country for good to settle in France. The personal nature of the film notwithstanding, the subject matter is intensely political. It makes sense that this would be the case, since a person surrounded by such events would naturally be consumed by them. But the style of the film – particularly its animation – seems to evoke a different expectation in the viewer. The writer/director/narrator used this expectation to a stirring effect, giving childlike lenses through which to watch the film, censoring its graphic nature, but still communicating the gravity of revolutionary and cultural life. 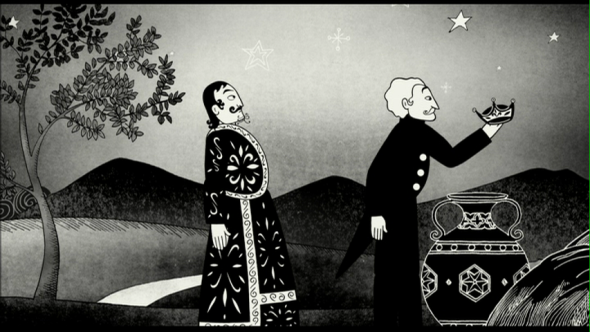 Brit about to crown the Iranian

It is also natural and fitting that the film recognizes the Western factor in Iran’s bumpy history. In a segment narrated by the girl’s grandmother, we are shown and told of the British not only giving Iran its own independence, but strongly “encouraging” the Iranian leader to avoid a democratic government and stick with a dictatorship. Such historical realities are certainly connected to contemporary struggles, even when they seem temporally distant. Since the history is turned into a children’s story, it avoids all of those complicated details that often serve only to cloud adult judgment and understanding. It’s told as a simple fact, important but probably not the crux of Iranian history. 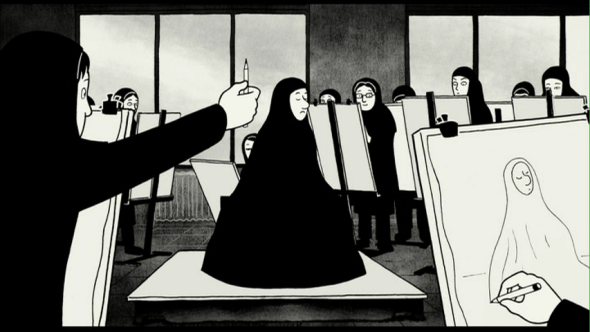 More complex are the very Western influences on the girl’s lifestyle. They may be restricted chiefly to her fashion and music tastes, but the film shows how such things creep into the minds of those who indulge in them despite their illicit nature. But like Mississippi Masala, here is a film that illustrates a younger generation having to move past a rupture in her ethnic heritage but who remains nonetheless loyal to her family. In neither of these films does a significant conflict take place between the parents and child. While it may seem a minor point, it’s of worthwhile didactic value. Though it may be “true to life,” it has become a cliché in American cinema that where family exists, so also must conflict. Though such realities can be portrayed with thought and skill (particularly when a family conflict is the heart of the film), all too often such troubles are inserted unwittingly, as if they are not only normal but also inherently comical. Is it too cheesy to applaud a film for its values? Perhaps since Persepolis is based on a true story, its familial harmony makes it all the more noteworthy by showing that internal blood wars are not normal. 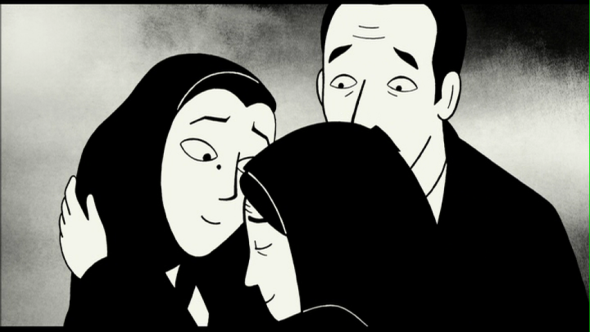 But that point is now done to death. This would be remiss if it didn’t give a nod to the film’s aesthetics. Without knowing all the terms to describe excellent animation, we can simply say that this was very well done. The use of color not only created a disjoint between the past and present scenes but also gave the past scenes that sense that they are memories; not-quite-real, distant, and in this case turbulent. The integration of static and dynamic imagery was beautifully textured, creating a mosaic-like feel. Still, rarely did the animation draw attention to itself, rather serving the narrative and its characters. Some of the funny moments were supplemented with animated exaggerations that helped warm up what was often a cold physical setting. Now on to The Triplets of Belleville. 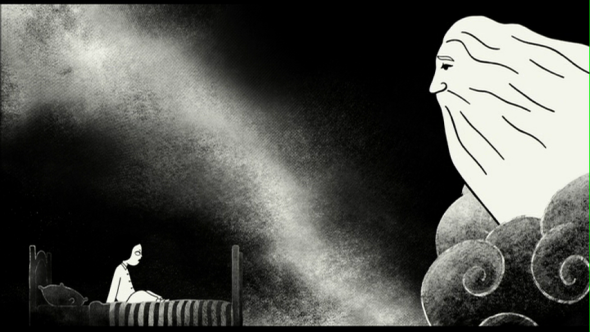 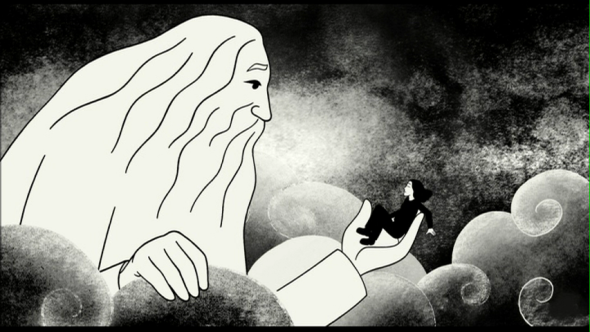