And Then There Were None & Ten Little Indians

Island setting: "And Then There Were None"

In 1945 Rene Clair directed And Then There Were None, and in 1965 (a perfect twenty years) George Pollock directed Ten Little Indians. Ironically, the earlier title is the more politically correct, and Clair’s excellent abilities overall outdo Pollock’s freedom to insert sexier elements in the decidedly 60s later film. Two very similar yet very different films, both adapted from the same source material (Agatha Christie’s own stage adaptation of her mystery novel), certain moments are shot-for-shot the same, while the mood of the later film differs in kind from its predecessor. Clair’s soundtrack features dramatic orchestral music that heightens the suspense and intensity (suspensity?), and its relatively slow pace draws out the serial murders in a careful and rhythmic fashion. Pollock’s soundtrack is jazzy, and the style of the film reflects a freewheeling, carefree attitude. The murders are anything but rhythmic, rather happening at the whim of the director/murderer (yes, the identification here is strong). Somehow, though, Ten Little Indians, which is only seven minutes shorter, feels only half as long as And Then There Were None, not that that film seems “long” in any negative sense.

These films aim for different auras, each faithful in their own way to Christie’s thrilling drama and morbid humor. Apparently Ten Little Indians originally featured a one-minute “Whodunit Break” just before the film’s end to allow the audience to guess the perpetrating mastermind. Though this break is only included as a special feature on the DVD, it gives a big clue as to the intention behind this film; nay, to the murder mystery genre itself. It was both inevitable and ingenious that the board game “Clue” should eventually be turned into a film. The game has such a cinematic element to it, just as the films are games for the audience. This reveals the pulpy nature of these books and films, usually serial in nature: they are above all concerned with audience reaction rather than any kind of meaning. A master like Hitchcock could dodge this status in his films due to his deeply Freudian mindset, but Agatha Christie and Ian Fleming (quite different though their creations may be) were in the business of gaining followers and they wrote stories geared toward those followers. Learning Fleming’s world makes anything James Bond does believable, and learning Christie’s gives the reader/viewer a chance to make sense of the mystery before it’s solved. 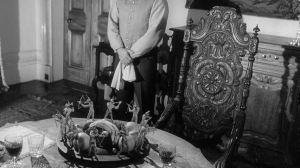 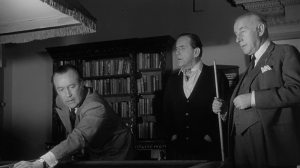 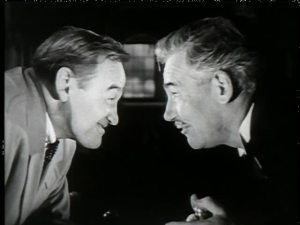 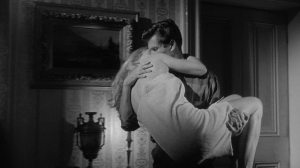 Time for a break

28 Sep This entry was published on September 28, 2009 at 11:07 am. It’s filed under 1940s Cinema, 1960s Cinema, American film and tagged Agatha Christie, And Then There Were None, cinema, film, George Pollock, movies, murder, mystery, Rene Clair, Ten Little Indians, Walter Huston. Bookmark the permalink. Follow any comments here with the RSS feed for this post.

Older: Shoot the Piano Player
Newer: A Sentence on You Only Live Twice

5 thoughts on “And Then There Were None & Ten Little Indians”