Murmur of the Heart

Murmur of the Heart (Le souffle au coeur) works like an anti-400 Blows, or a counterpoint to it. Louis Malle’s film adheres to conventional cinematic style more than Truffaut’s, though both follow the rebellious and childish antics of a prepubescent boy making the transition from a confused child to a confused youth. Only Oedipus was ever more Oedipal than Laurent, whose disturbing love for his mother handicaps his every move. In a sense a “realist” film, this story is believable from beginning to end; in many ways it was Wes Anderson who took it to a wonderfully unbelievable level with his use of this source material (and 400 Blows) in Rushmore, minus the incestuous element. Laurent, however, has an intellectual evil to him foreign to both Antoine Doinel and Max Fischer. As a reader of Camus and an empathizer with his only philosophical concern, pure hedonism reigns Laurent’s life just at the point when he starts exploring what that hedonism might entail. The film’s style seems to reflect an innocent restraint; it would give way to something more interesting if it knew how (in theory, of course, since Malle obviously knew how). As a result, the film is unpretentious and almost predictable, in the manner of a young boy. Just as the boy makes certain grandiose claims that are bound not to play out, so also the film hints at possibilities that don’t come to fruition. 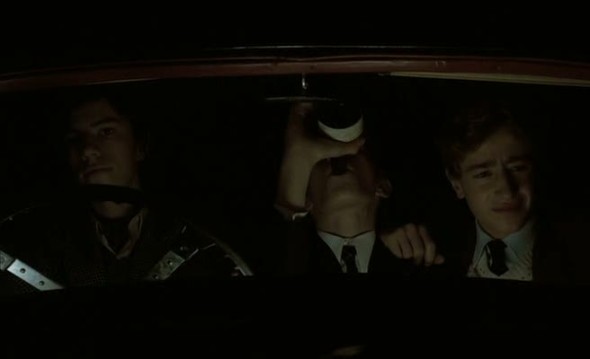 Boys will be boys

30 Sep This entry was published on September 30, 2009 at 9:49 am. It’s filed under 1970s Cinema, French Film and tagged Camus, childhood, cinema, film, Le souffle au coeur, Louis Malle, movies, Murmur of the Heart, Oedipus, Rushmore. Bookmark the permalink. Follow any comments here with the RSS feed for this post.

Older: A Sentence on You Only Live Twice
Newer: Man of Marble