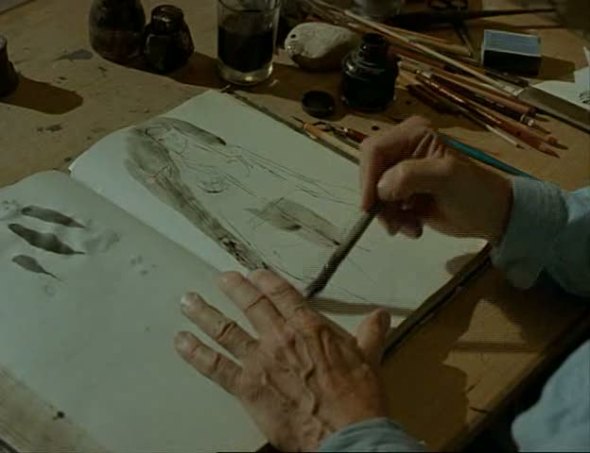 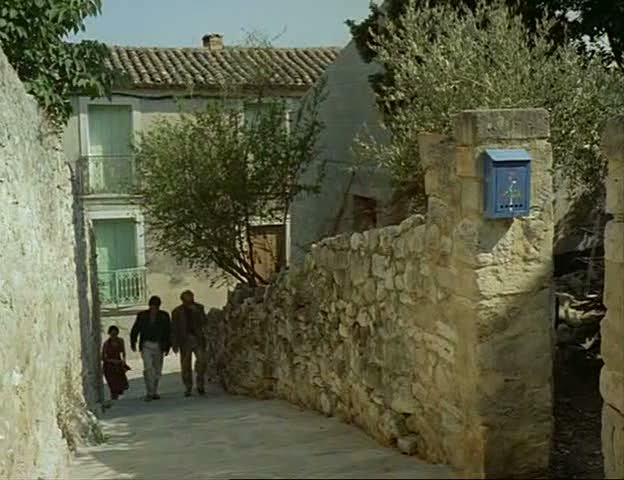 An appropriate viewing considering the previous mind-barf on the nature of art: La Belle Noiseuse is a film that shouldn’t be categorized too quickly, since it is so much. In a way, it’s all in the title: “the beautiful nuisance/annoyance.” Very loosely based on a Balzac novel, was expecting something much more in the vein of melodrama, based on this present reading. Either that mode doesn’t apply to that novel, or Jacques Rivette made some significant changes in his adaptation. This is a film on the process of art, in a sense a lengthy pastiche of the labor (as in, giving-birth-to) of paintings. Rivette holds his camera on the sketch paper or canvass from the first abrasions of pen or brush on through the form taking full shape, most often giving little comparative screen time to the model inspiring the representation. The interior of the artist is on vivid display as the vision moves from subject to the new object. This is an anti-biopic, though rooted in a real history. Only five days are contained in the film, and they build a climax and an anticlimax to the end of the painter’s career. He proclaims his death a byproduct of his final masterpiece, a masterpiece that we never see on account of its unveiling of the souls of the artist and the model. It is hidden, walled up, but deliberately not destroyed. He commands the only one who knows its location, a child, never tell of it, even when he is gone. For what is it hidden, not destroyed? 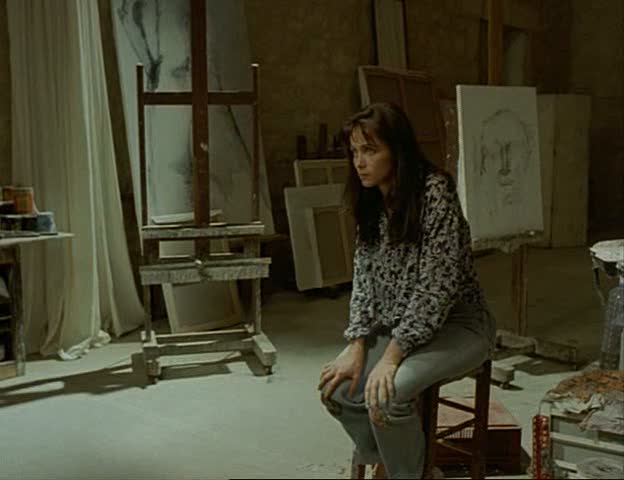 A faux masterpiece is presented in the stead of the true one. It masquerades as the real and masks the image of the artist’s wife and former model, now erased, covered. The real piece is hidden, masked by brick, an ancient façade or façade of the ancient. The wife is too holy, the model is desacralized. Ten years of inactivity follow the artist’s inability to finish his masterwork, the beautiful nuisance that tortures him and is impossible to finish. A cold life in a chamber-filled castle with the woman he loves too much to paint replaces his creative life. Outside the chateau French insects creak, croak, and croon, adding an ambiance of anxiety, as if in the pangs of birth. Is there no music until the end? The “music” is rich and uncomfortably present, but the instruments are the painter’s, and the silence of the studio. Rivette is not the manipulator that his painter is, shaping, misshaping, forming, and malforming his object into contortions too perfect and imperfect. She is crucified throughout and he is the god who does more than allow it. A necessary evil? A microcosmic sadist? He is tortured at least as much as he tortures; she gives in by watching her recreated image; his torturing of her is incidental, not pleasured in. 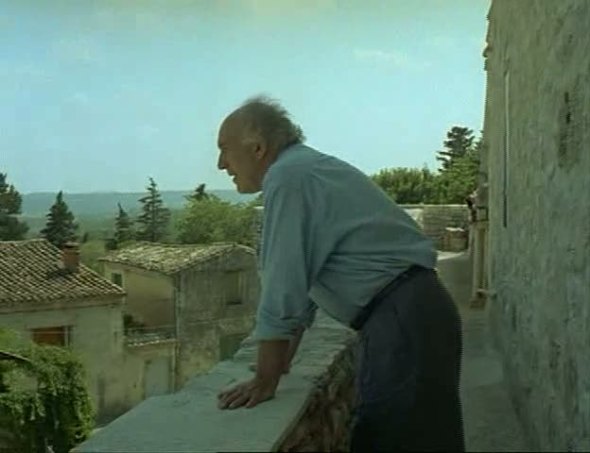 The beautiful annoyance is not only within the film; it is the film. Discourse falters. Tropes, patterns, styles, themes – they are inadequate. This is not so much a “big” film as a wide one. How do you summarize a landscape? Photos of horizons are injustices. The event is too palpable, visual, earthy to be cluttered up by words, so why should one stoop to them to describe it?

Older: On the Universality of Art
Newer: Back to the Future