The Adventures of Robin Hood (dir. Michael Curtiz, 1938): Triumphalistic as only Errol Flynn movies can be. A celebration of camaraderie and littleness. So much so that you can just envision a made-for-TV-movie satire based on the life of Robin Hood after King Richard returns to the throne. He gets fat off of royal monthly checks, Matron Marian leaves with the kids, Friar Tuck excommunicates him, and he attempts a Sylvester Stallone-like comeback once he decides Prince John was the real man of the people. 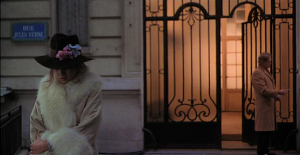 Last Tango in Paris (dir. Bernardo Bertolucci, 1972): An incomplete viewing this time around by virtue of not finishing it and disabled subtitles. Still, hard to miss the basic idea. At the risk of dismissal, it’s one of these post-Antonioni existential soliloquies on the emptiness of life, but without the movement, the process of The Passenger or even Zabriskie Point. 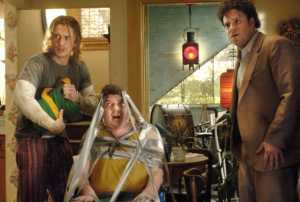 Pineapple Express (dir. David Gordon Green, 2008): Watched it awhile ago, but funny enough to deserve mention. R-rated comedies have long loved to shock audiences with sex, but not so much with violence, making this something pretty unique. It thrives on character chemistry: we’re not yet sick of Seth Rogen, and we were definitely sick of seeing James Franco in James Franco roles. May be the final (or only?) subtle performance of Ken Jeong, who is normally too funny for his own good.