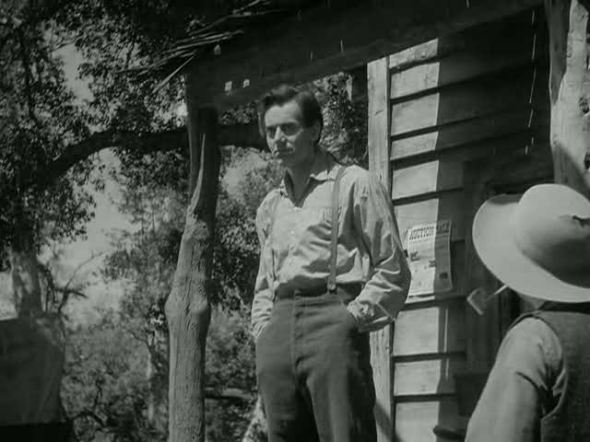 Well, gee, vote for me

Most film protagonists, especially of the sort with which viewers are supposed to sympathize, are neither morally perfect nor totally evil. Exceptions tend to fit into the former category, however, as is the case with John Ford’s film Young Mr. Lincoln. It’s the sort of film that a stranger to the planet Earth might watch and wonder just what its point is. Anyone else, especially a born and bred American, knows intuitively all too well what a film like this is doing. If it were a simple fiction, Young Mr. Lincoln would seemingly have little appeal in terms of its creating a character who challenges the viewer to think critically and evaluate Abe Lincoln’s ideas, passions, words, and deeds. A black-and-white good guy, the alien viewer would likely see this film as a moral propaganda piece, something to show classrooms of youths in order to put a friendly face on justice, goodness, and determination.  Since the days of Superman: The Movie, even the comic book superhero genre has stuck to the convention of a protagonist who is flawed, who sometimes acts in her, but usually in his, best interests at the expense of the people he is supposed to protect. 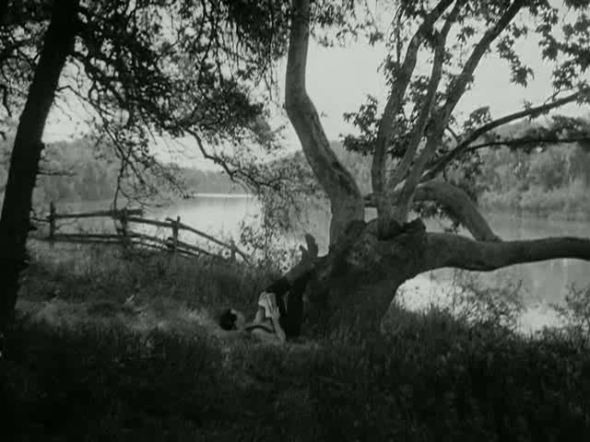 Man of the earth

Henry Fonda plays Lincoln with a moral aloofness and John Ford shoots the film keeping the hero at an untouchable distance. Sometimes Lincoln’s attitude is sort of well-golly-I-don’t-know, and other times he preaches his convictions like a Baptist minister. He’s presented as unassuming and gentle, a man of nature with limited learning but an unlimited capacity for pure knowledge, the kind that can only be used for good. He is tall, of course, and his opponents tend to be short. Intellectually he towers above everyone else even more than he does physically. Though education is illustrated through Lincoln as something that builds moral character, he makes some interesting statements about a little old woman (not that old, really) whose lack of education makes her all the more pure, innocent, and, of course, womanly. 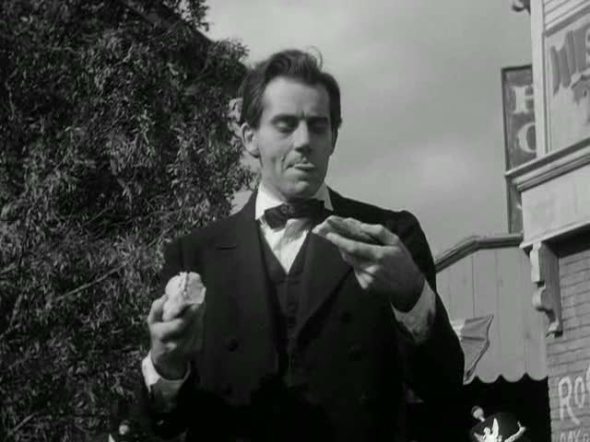 Technically speaking, this film is in the neighborhood of perfect. Even in 1939, John Ford knew well what he was doing, how to point a camera, and, even in a sometimes-unsubtle film, how to say a lot with a little. The idea of depicting the early life of one of the great American legends must have been fairly novel at the time, the sort of thing that filmmakers nowadays love doing. For example, see Che Guevara in The Motorcycle Diaries. (Most of the time now, however, filmmakers give into the pressure to film the rest of the person’s life. Examples abound.) Depicting only the early life can be an easy way to make a biopic, since the filmmaker is under much less pressure to take a position about the individual. This way, the film can wax Freudian about what made an otherwise questionable character do what s/he did. Ford is at an advantage here, having chosen as his subject the image of a man universally loved at least in the 1930s northern US, if not universally in the South. Ford hones in a little closer than, say D.W. Griffith did in Birth of a Nation, although a similar respect keeps both directors from even remotely or suggestively tainting Lincoln’s image. In the era of the Depression and on the even of the US entrance into WWII, it makes sense that Ford’s Lincoln would be exactly the image to encourage and inspire Americans to see their own humble existence as only the beginning of something that would later be remarkable. 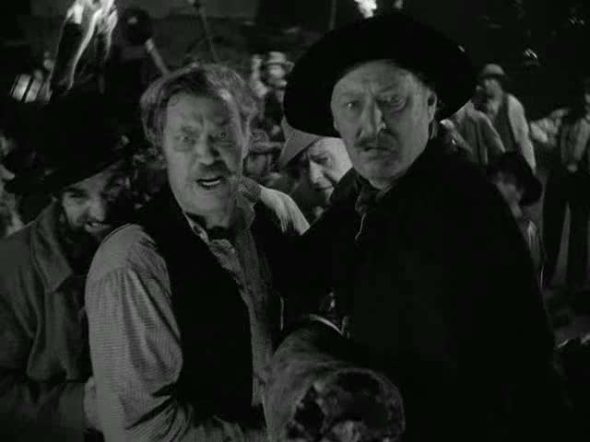 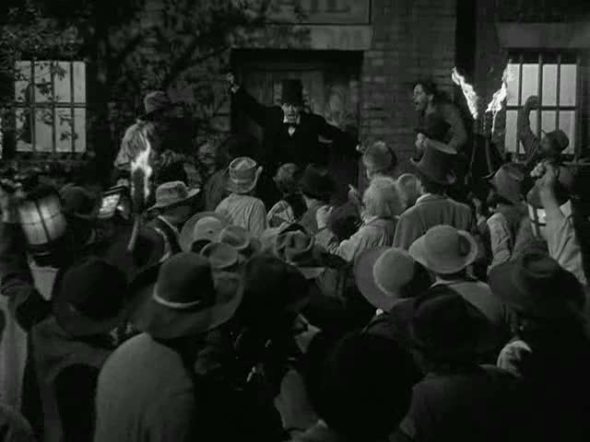 Man of the people? 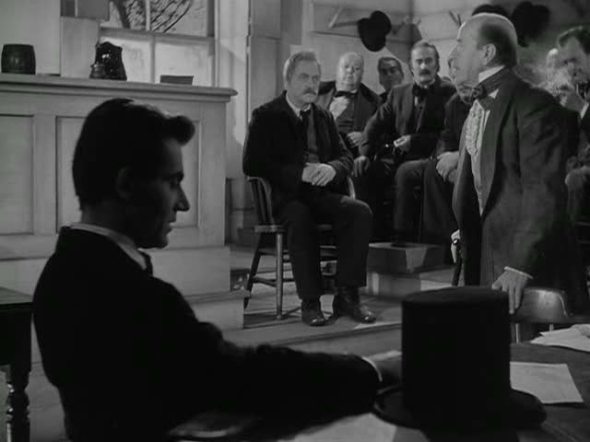 The man. The myth. The hat. 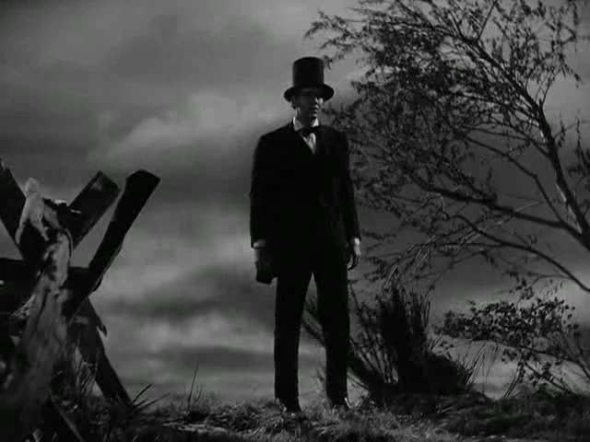 Ending on a pedestal

One thought on “Young Mr. Lincoln”