Got Me Some Blues: Avatar

One good thing you can say about a movie is when you’re so caught up in it that your critical faculties become suspended aside from any choice of your own. That can be said of Avatar, particularly when seen in 3-D (or “Real-D”, as was written on our glasses). A film with hype like this one has had is bound to disappoint at some level, but those who keep in mind the artist behind it (for lack of a better term…perhaps “engineer” would be better?) enter into the theater knowing that some seriously impressive images are about to flicker before their eyes, quite potentially without the kind of substance that makes great films wonderful films. Avatar is pretty great, in some ways, and no one should argue that at a base level. As Speed Racer brought images of colorful loveliness and visual splendor, so also does Avatar, and in spades. Gollum from The Lord of The Rings now looks like something created on a computer. Speed Racer was great in part for going for a deliberately artificial aesthetic, something doable considering the available technology. Instead of pushing the limits of what’s available, or not bothering with something really impressive, Speed Racer went with a cartoon-manga look and succeeded with something it was able to succeed at. Avatar has brand new technology feeding its images, resulting in a remarkably authentic look, for a bunch of seven-foot-tall blue aliens. There is a level of detail – down to hair follicles and skin pores – apparently and probably unprecedented in film up until now. 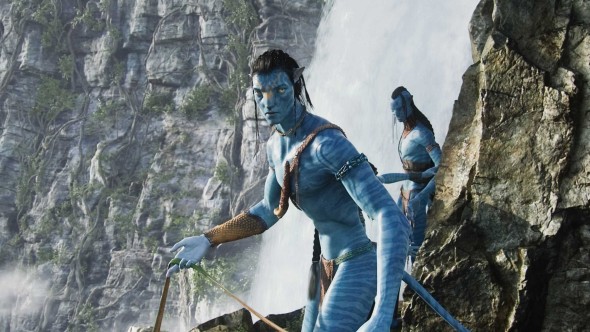 Braveheart meets Lawrence of Arabia meets Pocahontas. You see the clichéd plot elements coming from miles away, the dialogue is enough to make the new Star Wars films feel better about themselves, and the self-seriousness forces the viewer to judge it at what would otherwise be an unfair level. Thankfully the film joys in its own world, its own imagery, which forgives some of its sins. Overall a remarkably pessimistic film, though. Earth has lost its greenness, so humans have come to Pandora looking for natural riches, only to destroy more lush beauty. The “good” humans are the ones that don’t want to be human anymore, and one of them succeeds in switching species. The humans end up getting shipped back to their destroyed planet with tails between their legs. This film is so much the alter-ego of Wall-E, another “green” film with an environmental message set in the future when humans have depleted their planet of natural life and beauty. Wall-E, however, ends on an exceedingly more positive note, giving Earth another chance and the human race a fresh start. The robot was a temporary instrument to show humans just how inhuman they had become. Avatar is closer to Wall-E without the happy ending. Instead of trying things again, Avatar gives up on earth and gives up on humanity. Wall-E was Noah’s Ark, with the title character as something like the dove with the olive branch. Avatar pronounces a death sentence on humanity by imposing the sins of George W. Bush onto the entire race, and strangely assuming that 150 years from now we’ll be a race composed of counterterrorist terrorists. 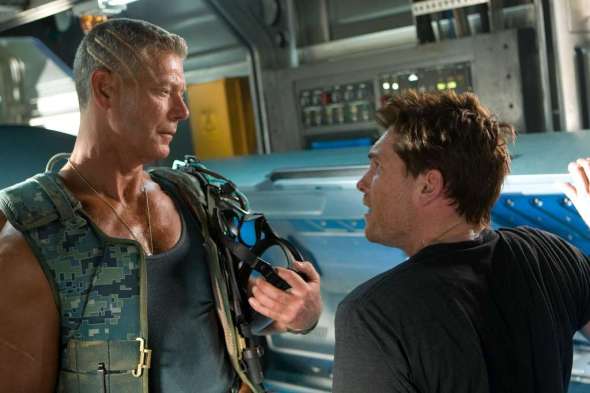 A relatively nice element to the film is the mystical vs. scientific element. Not surprising, considering the postcolonialist (yet oh so very colonial) nature of the film. A human integrates into a foreign species (think Lawrence here), ends up showing them the real way to get things done, especially when that entails annihilating the presence of his former species in their world. Naturally, the foreigners, the “others,” believe in a power emanating from nature that binds life together and keeps a balance to all living things on the planet. This is “the force” from Star Wars with an environmentalist twist. James Cameron’s attempt to include a spiritual or mystical element into Avatar is distinctly scientific in nature, however, since Cameron can’t resist giving a scientific explanation to this seemingly spiritual phenomenon. This undercuts what might have been an effective dichotomy separating two realms of existence and two approaches to understanding life in general. The fact that it’s the scientists who end up buying into the mystical stuff also confuses things and alters what purports to be a mystical-scientific distinction into more of a scientific-militaristic one. That is to say, it’s flat-out Modernistic, contained within a particular school of philosophy rather than transcending it or crossing different boundaries.

Cameron perhaps knows that he can’t usurp science through mysticism, since it’s science alone that allows him to create a film of this type. And as much as he glories in composing majestic scenes of warfare, full of non-Ewoks defending their non-Endor from a new kind of Empire, he knows he has to come down hard on war, too, so he conveniently reproaches the aggressors and excuses defensive war on the grounds that it’s better to kill and be killed than to relocate. Of course, this is a false dilemma, one that the film creates itself. Maybe it’s a real dilemma in real life, but the beauty of fiction is the ability to create your own dilemmas. Cameron recycles an age-old one in a script that could not be that great. He’s enough of a “visionary,” though, that he knows how to distract an audience from overdone tropes. Whether it was he or someone else who said this was going to be a “cinematic revolution” that would change the way movies are made, and whether that’s actually true, are questions up for debate but ultimately uninteresting. It’s too bad that a film with so much to offer visually has so little to offer in every other way. Too bad it’ll have to remain a guilty pleasure.

21 Dec This entry was published on December 21, 2009 at 1:13 pm. It’s filed under 2000s Cinema and tagged Avatar, Blue, cinema, film, James Cameron, movies. Bookmark the permalink. Follow any comments here with the RSS feed for this post.

3 thoughts on “Got Me Some Blues: Avatar”