Are You Gaslighting Me?

Watching Gaslight again was a somewhat shocking experience; it reminds you afresh of how pathetic a lead female character could be back in the 40s. Times may not have changed too much, but it’s hard to envision a film nowadays would featuring a main character – played by a prominent actress like Ingrid Bergman – who is so enslaved to the will of her husband that she would sooner allow herself to be driven mad than to show the slightest shred of fortitude. This element, however distracting it may be, though, is but a single element. It tends to obstruct the contemporary audience’s view of other interesting aspects of the film, aspects which hopefully won’t be too shrouded here by Ingrid’s impotence. 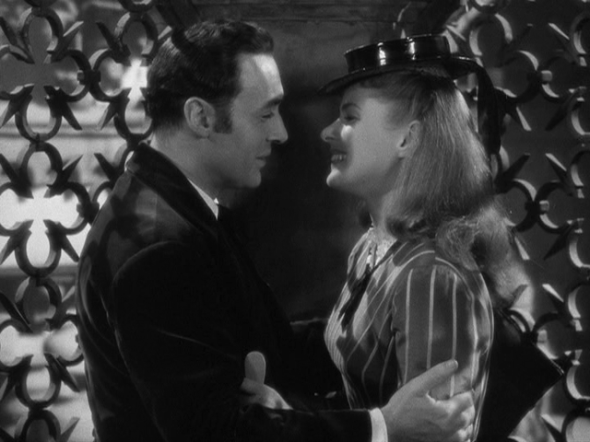 Located in London (chiefly) and set in the late 19th century, it’s significant to point out that Gaslight was filmed in the 40s. This entails the cynicism of noir, the defeatist fatalism that pervaded the world as WWII was still marching on. The original British film Gaslight was made in 1940, but this Hollywood production was done in 1944. It’s not surprising, then, that such a production would emphasize London’s fog (especially at night), indicative of its uncertainty, lack of safety, and an overall unnerving aura. Bergman’s character Paula undergoes a traumatic experience in her London home when she discovers slain aunt, a famous vocal performer, downstairs. She’s whisked away to Italy where she can escape the darkness of London and the associations with her past. The fact that she spends her time in vocal training already hints at her inability to escape her past. She is carrying on the heritage of her aunt, like it or not, and so it’s no surprise to learn that her new fiancee wants to return to London to live together.

The menace and the manic

With the exception of the Italy scenes, there are few if any outdoor scenes in the film that are anything but ominous. Even the daytime sequences in London imply something sinister afoot; there is a visit to the Tower of London, complete with descriptions of the imprisonment, torture, and execution of prisoners hundreds of years ago; then there are the shots of Joseph Cotten’s character Brian (a strangely American Scotland Yard investigator) spying on the Anton residence when he realizes something is wrong. The evil outdoors help Gregory force Paula to remain indoors, claustrophobic but simultaneously agoraphobic. This restricts Paula to the space of the house, constantly reminding her of her own past and the possibility of repetition. No psychoanalytic tiering of this house, as in the Bates house of Psycho, is evident here. If anything, the Bates basement is the Anton’s attic, the realm where the past continues to dwell and where the repressed and subconscious truth lies restless and snarling. As in Psycho, it’s on this level where the film’s denouement takes place, and as in Hitchcock’s film, Gaslight features a capture there in the midst of skeletal (as it were) remains, including a dress and a murderer.

The hands of fate

If anything, Gaslight seems to portray the ineffectiveness, the danger, and the impossibility of escape. While Paula can be seen as a necessarily weak person by virtue of the trauma she received as a girl, it is precisely her familial association with her aunt as well as her status as heiress that is the catalyst for the film’s drama and her own return of the repressed. Where the film falters is in its plain obviousness; Gregory, while relatively convincing at the outset, quickly becomes pure evil. He is determined to drive Paula insane and goes out of his way on every occasion to torment her. While the success of Gregory’s scheme is contingent on some degree of manipulation, what we have in this film is excessive. It drives the viewer almost as insane as it drives Paula, and the film’s conclusion doesn’t offer the kind of gratifying closure or tragic lack of closure that constitutes a really successful cohesion of theme and narrative. 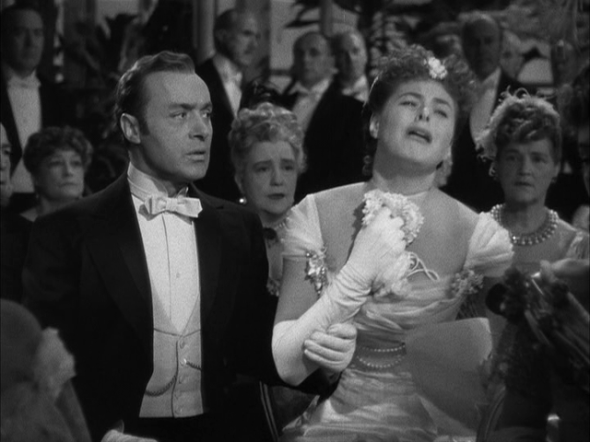 Get a hold of yourself

Older: A Sentence on The Thomas Crown Affair
Newer: Dissolving: Diary of a Country Priest

3 thoughts on “Are You Gaslighting Me?”