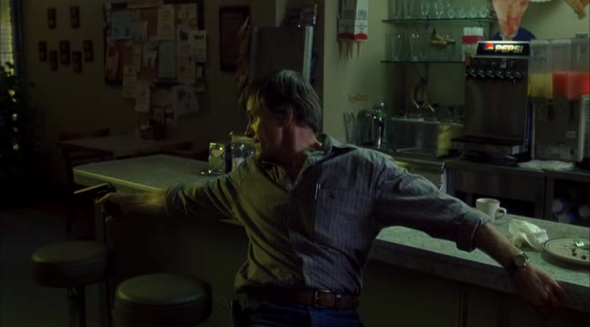 Shock and awe, all the way, especially when you’ve been doing mostly 30s and 40s stuff. This is a take-you-for-a-ride kind of film, one that’s deeply offensive on a surface level but so critical of its content, ideologically sound, and masterfully executed that one can’t help but applaud after a viewing. Being anything but fluent in the work of David Cronenberg, it was necessary to interrogate a crony who is. Was told this: bodily obsession and noir elements. Yes, they are certainly there. It’s hard not to think of Out of the Past, with its raging, suppressed or repressed violent past rearing its ugly head into the realm of nostalgic, rural Americana and forcing a return to the dark and the urban. Or, in this case, the urban intrusion into the rural, its compliments to the coffee and the way that Tom himself uses something like coffee to create his own new fantasy world. How can we not also think of David Lynch, particularly a Blue Velvet or a Mulholland Drive? The first frame of A History of Violence has us looking at the façade of a motel (or something) on a hot day with the loud and, yes, violent buzzing of Midwestern insects. 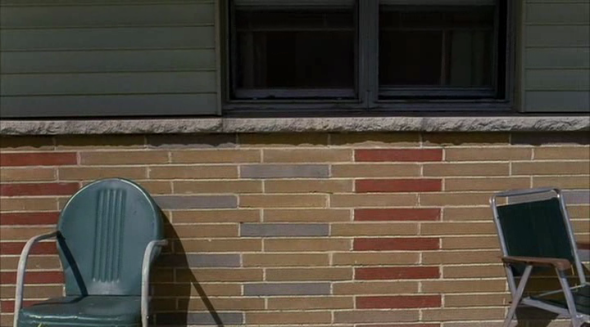 There’s something deeply disconcerting about bugs that can go on for so long at such a volume, to say nothing of their size (they’re as big as baby birds). It’s the sort of sound you don’t often hear in films, but visit the Midwest and parts of the South and boy is it present. It really offsets the visual effect of a peaceful town where “everyone minds their own business” and “we take care of our own,” and all of that. Something sinister is always there in a human individual and a human society, no matter how rural or urban or repressed or liberated. Cronenberg knows this, which is why this film doesn’t contain any flatly virtuous or “good” characters. Everyone is a ticking time bomb that may or may not be jarred enough to detonate. They inflict violence, either on others or on themselves or both, but not only that. They also want to look at the violent aftermath. The camera shows this a number of times, and the camera is complicit in the act of looking at various bloodied and annihilated faces after the consummation of sadistic desire results in a bloodbath. The body is an interesting thing, as Cronenberg observes, and it’s even more intertwined with our past, our memory, our violence than what’s obvious. Ed Harris’ character doesn’t have the luxury that Tom has, pretending that his past doesn’t exist since his body somehow carries no scars. A scar on your face that permanently clouds your eyeball has a way of remaining very present. This film’s structure is also something else. You’ve got gunfights at the beginning, middle, and end. There is a narrative progression to them that opens wide the dual character of Tom/Joey more and more. There’s lovemaking between husband and wife that begins innocent, albeit fantastic, and ends later with sadomasochism that’s equally fantastic (in the sense of a “fantasy,” of course; not “excellent”). The film exposes the lie that often undergirds a subject’s rebirth. Actions are what they are, and they don’t change with time. Such a renewed person is always a split-second from returning with a vengeance to an earlier state. Cronenberg’s attitude in this film is that such a return entails a return to violence and not its opposite. Tom’s final return home leaves everyone in silence and uncertainty. It’s irreversible, which it always was, but now they know it. 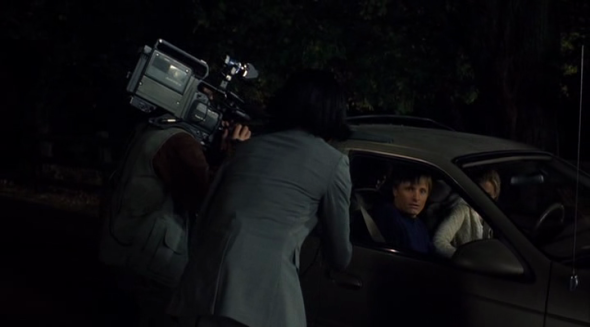 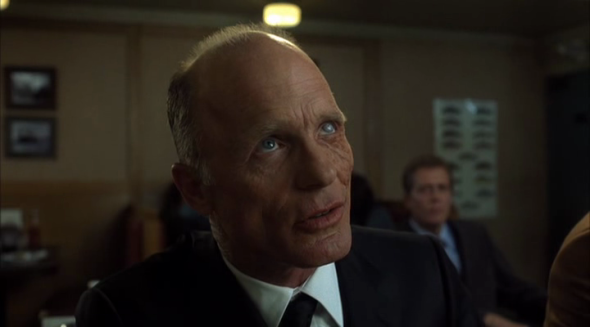 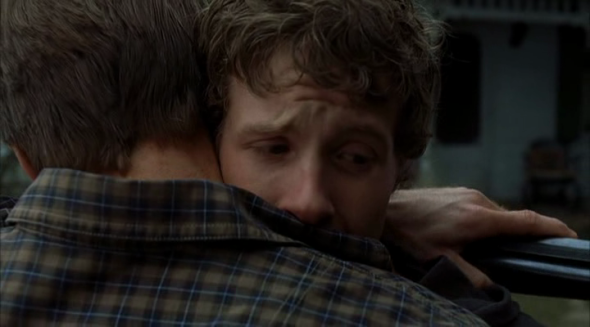 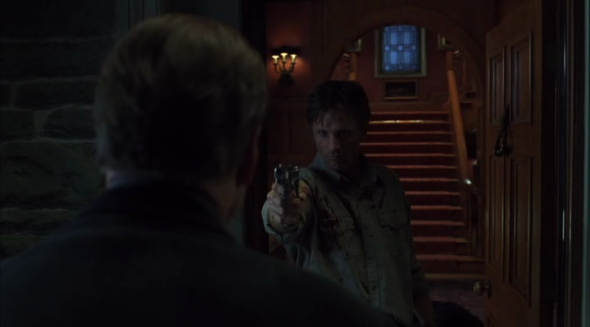 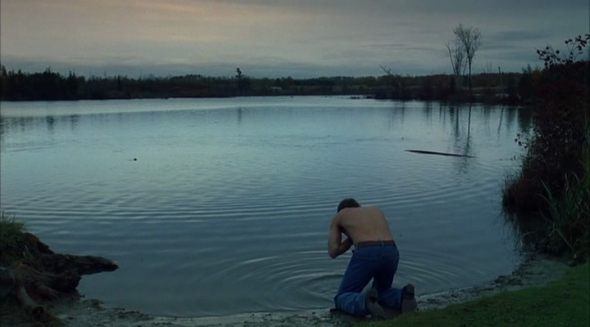 19 May This entry was published on May 19, 2010 at 10:13 am. It’s filed under 2000s Cinema, American film, David Cronenberg and tagged A History of Violence, cinema, David Cronenberg, Ed Harris, film, Maria Bello, movies, Viggo Mortenson, violence. Bookmark the permalink. Follow any comments here with the RSS feed for this post.

Older: Only Angels Have Wings: Learnin’ to Fly
Newer: The Lady Eve: Sinner/Seductress

5 thoughts on “A History of Violence: That’s Good Coffee”