Play Time (dir. Jacques Tati, 1967) – This was goofy but not only that, maybe something approaching a Chesterton comedy, Father Brown or something. A clear critique of all things Modern and a substantive study of spaces, Play Time highlights form over narrative, sounds over dialogue, human over mechanistic, curves over straight lines, and colors (though sometimes hidden) over greys. Monsieur Hulot wanders without aim, and the viewer’s job is tantamount to the “reader” of a Where’s Waldo book, trying to locate the ostensibly “main” character in the midst of Modernist chaos. The 70mm shoot renders everything within every frame crystal clear, inviting the viewer’s eyes to wander all over the often-static shots. Cold, industrial noises are rendered silly and thereby human when the latter inadvertently intrudes upon the the Modern in all of its technological sterility. The world that human beings have created is utterly impractical and without any warmth. Human beings are but an afterthought as fools build a Tower of Babel destined to crumble under its own idiotic weight. So, Hulot, the fool, turns out to be the mute sage. But: is the inevitable turn toward lunacy the desired effect, or is it the proof of Modernism’s stupidity?

Boudu Saved from Drowning (dir. Jean Renoir, 1932) – Both the poetic and the real are present here, but Renoir’s famous poetic realism is still in its early stages. The film uses limited sets but maximizes them. Its theatrical prelude hints at the main feature being on par with a stage play, after all. And after alluding to A Midsummer Night’s Dream at the outset, the film plays out with a sort of tragico-comic moral lesson. Semi-didactic, the narrative brings us full circle, showing that the “bourgeois” tendency to stoop down and rescue the poor, helpless “tramp” is idealistic rather than realistic. The portrayal of the homeless man is so consistent as to avoid melodrama, which easily could have been injected into any given scene in the film. Instead, the moral hypocrisy of the “hero,” who cheats on his wife behind closed doors while very publicly saving a homeless man from drowning, becomes front and center. The scene in which both husband and wife simultaneously catch one another with hands in different cookie jars perfectly captures the class-less failure to live well, which Renoir will foreground (and background!) even more in The Rules of the Game a few years later. The painterly aesthetic in pretty much every frame, especially that Renoir-ian deep focus, would have made his daddy proud. 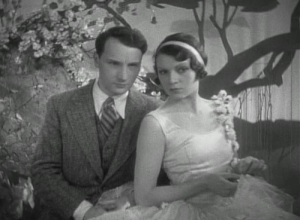 Le Million (dir. René Clair, 1931) – Fascination with sound is all over this, with plenty of reliance on silent-cinema camera work that delivers the kind of humor that sound films became apt to forget about. Everyone talks about the influence of nouvelle vague filmmakers on Wes Anderson, but not so much with the old time French directors. But this comedy-drama is an ensemble, character-driven piece that doesn’t feature any bad guys, just a bunch of people striving for a similar goal. Granted, the goal here is more trivial and material than that in Anderson’s films, but something about the comic style also rang a bell. One appreciates the choral presence in this, using a musical mode for soliloquies and humorous narrative bridges and character insights. Also, the really impressive opening shot (did Welles think of this when he did Touch of Evil?) is followed by a carefree, gutsy window into (literally) the film’s ending. So for all those who think a movie/book/whatever is spoiled by knowing the ending, you apparently know something René Clair didn’t.