The Passion of Joan of Arc (dir. Carl Theodor Dreyer, 1928) – Paul Schrader calls this a key example of the “transcendental style in film,” from his book by that name. There’s certainly a kind of experience that the filmmaker wants the audience to have, and perhaps Schrader defines his terms shrewdly enough to label this “transcendental.” Still, this can alert us to the dangers of cramming a particular film/text into a larger category or genre. This film is so purely “human,” in the sense that it strips away much of the prevailing style of the period and the mise-en-scene that might detract from the faces of the human beings who drive the feelings and the story, so purely “human,” that is, that the film seems less concerned with reaching beyond our own existence to an Other than it is concerned with really grappling with the up-closeness of suffering (both inflicting it and enduring it) that often defines the human condition. Schrader does well, though, to associate this film from Dreyer with others from Bresson. Dreyer’s camera focuses on objects that are inherently excessive. That’s “excessive,” in the phenomenological sense. They convey an excess of meaning that isn’t contained within the frame in which we seen them. They break out of themselves. So, the tracking shot of the three-legged stool on which Joan will sit while being tortured, presented with gravity and reverence, brings much more out of the stool than simply a “stool.” We see it with the foreknowledge of what it signifies, or what it will signify: the seat on which torturers will attempt to empty Joan of her humanity as they exert their power over her. The film contains so many scenes and shots like this, foremost of which are the shots of Joan herself. There is an excess of these shots that ultimately conveys not so much the cause for which Joan suffered but Joan herself, a frail and strong human being with the manifold thoughts and feelings and motivations that make humans human. This is maybe the most wonderful biopic I’ve ever seen, precisely because it doesn’t fall into the traps that biopics so often set for themselves. One last note: acting. Renée Jeanne Falconetti’s performance is the giver here that provides the given images in all their saturated excess (again, phenomenologically speaking). I can’t recall praising a performance here before, on account of an agreement with Robert Bresson’s view that actors are more like models and should be understood as such. Falconetti, however, gives us something really extraordinary here, something that Anna Karina’s character recognizes in Godard’s tribute to this film, Vivre sa vie.

The Trial of Joan of Arc (dir. Robert Bresson, 1962) – Watching Bresson’s take on Joan of Arc after Dreyer’s was like watching two great filmmakers going head to head using the same material. (Too tired for creative analogies.) Apparently Bresson criticized Dreyer’s film on account of the actors’ over-the-top performances. As noted above, Bresson referred to actors as models and usually cast untrained actors for his films. You could view this film almost as a reaction to the one from 30+ years before. They’re both understated, but Bresson’s film lets the material and the frames themselves do the work. The actors are but animated elements of mise-en-scene. The frames themselves are mostly very straightforward; nothing much stands out as creative other than some peeping-tom shots of Joan in her cell, shot as if we’re looking through a hole in the wall. Still mulling over how to understand these. Bresson’s trademark attention to hands is complemented here with just as many shots of characters’ feet. The subtlety of hands and feet interests Bresson, who finds Dreyer’s emphasis on actors’ faces overt and manipulative. By emphasizing hands and feet, we get a sense of the agency of the characters, that they are doing things and not merely feeling things. The Joan of Arc material conveniently offers Bresson plenty of opportunities to highlight agency and restrict it, through the shackles that so often restrain Joan’s hands and feet. While in chains, Joan lays her hands on the Bible, swearing to tell the truth. The camera stays with her feet as she is walked to the stake. Note the passive voice – “is walked.” By zooming in on her feet, we only see the active, that “she walks.” Avoiding the image of Joan as victim, Bresson offers one of her as willing and yet conflicted martyr.

Three Colors: White (dir. Krzysztof Kieslowski, 1993) – The formal flourishes that made The Double Life of Veronique and Blue so remarkable are toned down substantially here, but Kieslowski’s trademark conceptual abstraction and pondering over the neither/nor of the human condition persist at full force. They call this one a dark comedy, but other than a couple moments, I don’t see the humor in it. It seems like the sort of film that someone else wrote, almost a throwaway script, and Kieslowski filmed it and embellished upon it. It’s got the narrative of something from The Decalogue, but it lacks the severity of those films and, for that matter, anything Kieslowski did in the last 15 years of his life, at least. Like Blue, memory is the driving force behind the main character’s motivation. Memory of seeing his wife at eye level and, together, looking over the rest of the world (rendered somewhat literal in the flashback shot from their wedding) instills revenge in him to drag her down. At the same time, Kieslowski never has it only one way, insisting on the complexity of life (the aforementioned neither/nor). And so, even as he bests her, he continues to love her and need her. This is a Kieslowskian coincidence, not the superstitious sort we know from common jargon, but a co-inciding of seemingly contradictory moments.

And God Created Woman (dir. Roger Vadim, 1956) – It’s a trend or a trope that the films that fall most easily into Laura Mulvey’s famous structure of fetishizing women are also the films that make attempts at problematizing that structure by creating sympathy for the objectified/idealized woman. This film, like Gentlemen Prefer Blondes a couple years earlier, falls into that category. Bardot’s character Juliette doesn’t have much agency, but her constant failure to succeed at being happy (a basic – in both senses of the word – theme of the film) still falls prey to the idea of the woman as enigma. Men can’t understand, let alone satisfy, women, who are either too complex or too juvenile for men, despite all their efforts, to do anything about. As with many of these 50s CinemaScope features, this film avoids close-up shots, making it tricky to determine with whom the viewer is supposed to identify. The director’s own obsession with Bardot (their short-lived marriage was winding down during filming) keeps him from letting us engage with the points of view of the male characters, but Vadim’s fetishizing of Bardot also keeps her at arm’s length. Her character’s name, Juliette, foreshadows not so much a tragic conclusion to the story as an unsatisfying one. A beautiful woman like Juliette, we are encouraged to conclude, is worth more than the sum of her body parts, but with great beauty comes great frustration. So, she brings it upon herself. Her husband tries to be the hero, but her issues are no match even for him. On this note, too, it’s tough to ignore the biographical fact that Vadim’s marriage to Bardot was failing. How easy it must have been to idealize not only Bardot’s figure but also the upstanding character and good intentions of the husband in the film. 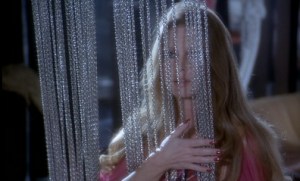 Don Juan (Or, If Don Juan Were a Woman) (dir. Roger Vadim, 1974) – So the aforementioned And God Created Woman was the first time Vadim directed Bardot, and this one was the last. (There was only one in between these two.) It also happens to be Bardot’s penultimate film, or so I’m told. Most of the thoughts noted above about that film apply to this one. The film attempts to subvert the traditional idea of Don Juan by making her female rather than male, a subversion that is only half-interesting, since the idea of a woman being able to lure men to her bedroom is not particularly shocking. If the film offers anything deserving of the label “subversive,” perhaps it’s the fact that Jeanne (Bardot’s character) only has sexual desire and no relational desire. She drives men mad and doesn’t care where their insanity takes them. The narrative is set in the context of Jeanne confessing her sins to a priest, a confession that, naturally, takes place in her bedroom (with predictable results). Again, like And God Created Woman, one gets the impression that Vadim has a subversive idea but fails in execution. Bardot is idealized and fetishized, but she’s also punished. Once again, it’s hard not to read the biographical into the film’s fiction. Vadim and Bardot had been divorced for over 15 years by this point. Her acting career was winding down and he, privileged as a man behind a camera rather than a woman in front of it, didn’t need to worry about the bodily effects of aging like she did. So it’s just as unsurprising that the film kills off Bardot as it is un-subversive.