Lots of people like this one on IMDb, but then I think The Dark Knight is still the all-time greatest movie according to people on IMDb. This was another Ozon viewing, following Water Drops on Burning Rocks and 5×2, both of which were interesting and provocative in their own ways, effectively illustrating why Francois Ozon is considered one of the important contemporary French directors. Swimming Pool came somewhere in the middle of those other two, chronologically anyway. It’s a convenient kind of film for a contemporary gay French director. By being mostly in English, it will appeal to a wider audience than his French material. And by dealing with themes of an older woman’s sexuality and her perspective of a younger doppelgänger with some sweltering sexuality, it’s able both to offer an oft-neglected woman’s view of an important issue and to cater to many very non-homosexual male viewers. A woman’s sexuality belongs to her, whether she represses it or lets it wildly flower and blossom and turn into herpes (although that of course doesn’t happen in the film).

The reason for the glance at IMDb in this instance had to do with an interest in how casual viewers interpreted the narrative. This turned out to be less interesting than reading descriptions of Ozon as a director and how intensely beautiful the cinematography was, and, even more interesting, for what reasons. Someone said this is “Hitchcockian,” that dreaded cinematic adjective that’s carelessly applied to almost anything with a degree of suspense or mystery. Just anything is not Hitchcockian, although almost anything can be said to be Hitchcockian if the term is qualified enough. Swimming Pool is not Hitchcockian. The ruse that the film plays on the viewer is quite the opposite of what Hitchcock did. Hitchcock tended to respect his viewers, allowing them pretty full access to the narrative content of the film and making that content really interesting and suspenseful. At the same time, he crammed thematic content into the narrative that often eluded the audience but served as a wink to anyone willing to take note. There was never really a question in Hitchcock’s films as to “what happened.”

Swimming Pool, like 5×2, relies heavily on a contemporary technique that Hitchcock probably wouldn’t have greatly fancied. 5×2 was told in a reverse chronology, not unlike other recent films like Memento. Swimming Pool blurs reality with some kind of fantasy – not necessarily a desirable fantasy, but something unreal nonetheless. Incidentally, it does this well. The swimming pool serves as the center of the fantasy, a kind of vortex that swallows up boundaries and foments imagination. What it also does well is set up a disturbed main character whose inability (that may not be the right word) to distinguish reality from fantasy makes sense. She’s a split personality from the beginning, and by way of her holiday in France she reconciles her two selves. For having such an intentionally elusive style of discourse, it’s a remarkably simple story. It’s the form/style where it’s supposed to count, like all of those pretentious art-house films. This one rather reeks in that regard, reminding one of the wonderful parody in Arrested Development of Les Cousins Dangereux. It’s vibrantly colored, features many lengthy shots of nothingness, revolves around sex of the most casual kind, and really throws you for a loop toward its finale. There is such a fine line between pretense and meaningfulness; they’re often mistaken for one another. In this case, it may be that a little editing could make all the difference. 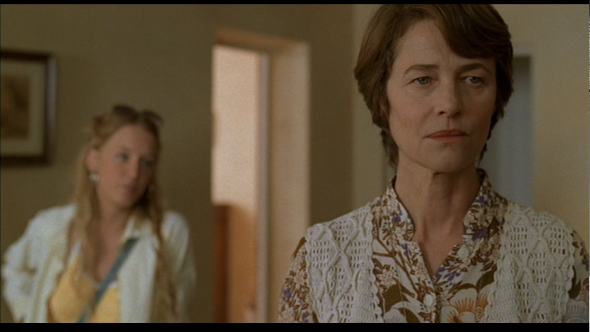 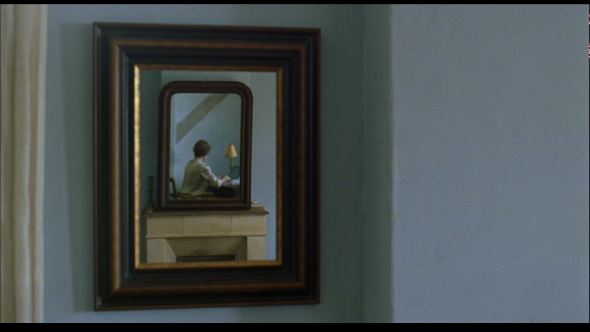 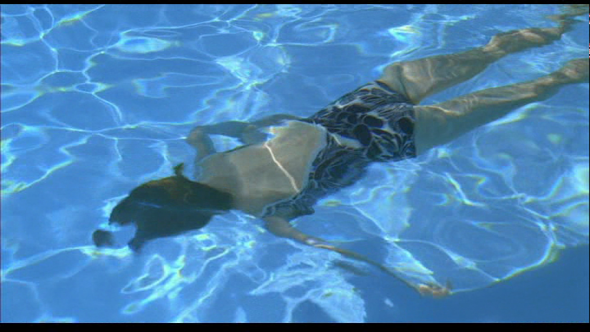