Found this originally here, but I guess it originated on the web over here. I have a strange inability to resist these. 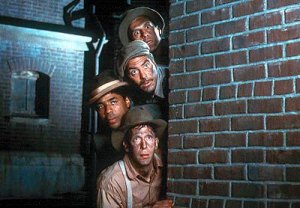 O Brother, Where Art Thou?

2) Movie seen only on home format that you would pay to see on the biggest movie screen possible? (Question submitted by Peter Nellhaus)

An impossible question. France for inventing, Japan for transcending.

4) Favorite moment/line from a western.

When Rooster Cogburn saves Maggie at the end of True Grit. The Duke was on his way out, but at least he came out on top and with a belly full of whiskey and corn dodgers. But also, seeing John Wayne and Kirk Douglas paired for The War Wagon was a treat.

5) Of all the arts the movies draw upon to become what they are, which is the most important, or the one you value most?

It should be “…value more,” since photography and music have to be the most integral to cinema.

Probably Crash (not Cronenberg’s) or Juno. Many people misunderstood and thought they were good.

7) Name a filmmaker/actor/actress/film you once unashamedly loved who has fallen furthest in your esteem.

Maybe Tim Burton or Steve Martin (thanks to the new Pink Panther movies). 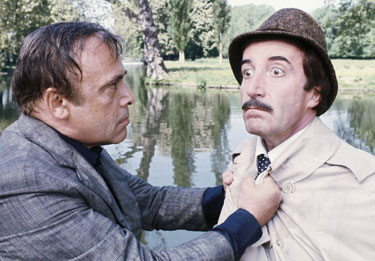 Herbert Lom, thanks to the old Pink Panther movies.

That I’ve seen? Probably The Straight Story, but it’s been almost ten years.

Willis, duh. Who else could’ve shot both The Godfather and Annie Hall?

Invasion of the Body Snatchers

12) Last movie you saw on DVD/Blu-ray? In theaters?

On Blu-ray, though it wasn’t a “movie” per se: BBC Planet Earth. DVD, The Divorcee. In theaters: The Fantastic Mr. Fox (x2).

13) Which DVD in your private collection screams hardest to be replaced by a Blu-ray? (Submitted by Peet Gelderblom)

Solaris (the good one)

15) Actor/actress who you feel automatically elevates whatever project they are in, or whom you would watch in virtually anything.

Cary Grant/Audrey Hepburn (is that cheating?) 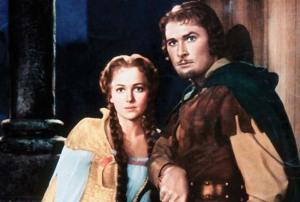 18) Favorite moment/line from a film noir.

All of Gilda, despite what some say about its status as a noir. 2nd place is The Maltese Falcon.

19) Best (or worst) death scene involving an obvious dummy substituting for a human or any other unsuccessful special effect(s)—see the wonderful blog Destructible Man for inspiration.

20) What’s the least you’ve spent on a film and still regretted it? (Submitted by Lucas McNelly)

Turned off Slumdog Millionaire 1/3 in and regretted the wasted time.

Van Johnson, thanks to 30 Seconds Over Tokyo 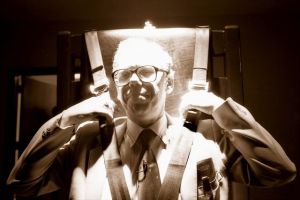 23) Name a documentary that you believe more people should see.

24) In deference to this quiz’s professor, name a favorite film which revolves around someone becoming stranded.

Since it’s just “a” favorite film, I’ll say Father Goose and not also add Hell in the Pacific.

25) Is there a moment when your knowledge of film, or lack thereof, caused you an unusual degree of embarrassment and/or humiliation? If so, please share.

The lack thereof, regularly. When I knew so little that I owned and liked Ron Howard movies. 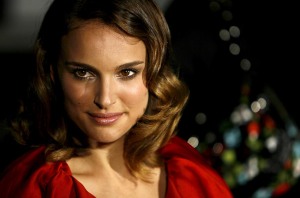 27) Do you or any of your family members physically resemble movie actors or other notable figures in the film world? If so, who?

28) Is there a movie you have purposely avoided seeing? If so, why?

Titanic. It’s more fun not to.

29) Movie with the most palpable or otherwise effective wintry atmosphere or ambience.

Gerrit Graham, since he’s not a perv. 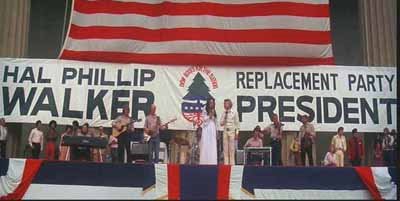 31) The best cinematic antidote to a cultural stereotype (sexual, political, regional, whatever).

Critique of politics in Nashville.

Nazis in motorcycles and Richard Burton & Clint Eastwood in a bus at the end of Where Eagles Dare.

34) In the spirit of His Girl Friday, propose a gender-switched remake of a classic or not-so-classic film. (Submitted by Patrick Robbins) 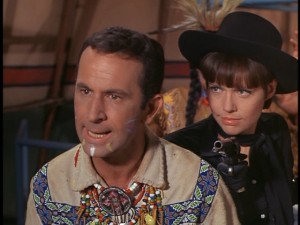 Feldon, since I was tyke.

Superman: The Movie (he was second-unit director)

37) If you could take one filmmaker’s entire body of work and erase it from all time and memory, as if it had never happened, whose oeuvre would it be? (Submitted by Tom Sutpen)

38) Name a film you actively hated when you first encountered it, only to see it again later in life and fall in love with it.

Maybe Beau Geste or The Birds

40) In which club would you most want an active membership, the Delta Tau Chi fraternity, the Cutters or the Warriors? And which member would you most resemble, either physically or in personality?

I got nothin here.

Donen: not because he was better but because his films have more sentimental value. 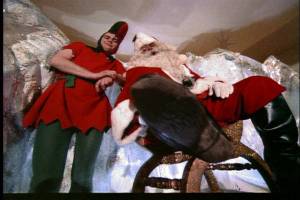 When Santa kicks Ralph down the slide in A Christmas Story, it always terrifies me.

44) Favorite moment of self- or selfless sacrifice in a movie.

The character of Yamamoto in Red Beard.

45) If you were the cinematic Spanish Inquisition, which movie cult (or cult movie) would you decimate? (Submitted by Bob Westal)

Sadly saw Malibu High before knowing what it was. It deserves torture and death.

Not really into either. 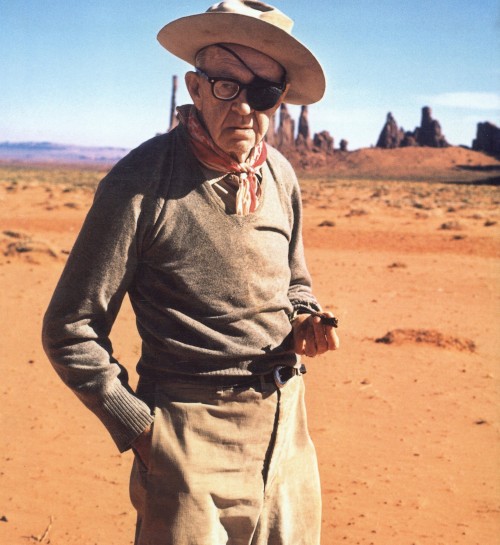 John Ford, being ignorant of others.

Most of Kieslowski’s The Decalogue, I suppose.

49) In giving thanks for the movies this year, what are you most thankful for?

Those very few moments of wonderfulness in films that make all the rest of them worth watching.

06 Dec This entry was published on December 6, 2009 at 7:39 pm. It’s filed under Lists and tagged cinema, film, list, movies, quiz. Bookmark the permalink. Follow any comments here with the RSS feed for this post.